SADLY...  MOST PREACHERS TODAY...  ARE VERY WEAK...
If you are a Preacher that does not teach The Gospel Of Christ as taught by the Apostle Paul, with a spirit of charity, Satan is making you into a joke, and Satan applauds you!
YOU ARE BEING BEGUILED AND DECEIVED!
From The King James Holy Bible, Romans 1:16
​16 For I am not ashamed of the gospel of Christ: for it is the power of God unto salvation to every one that believeth; to the Jew first, and also to the Greek. 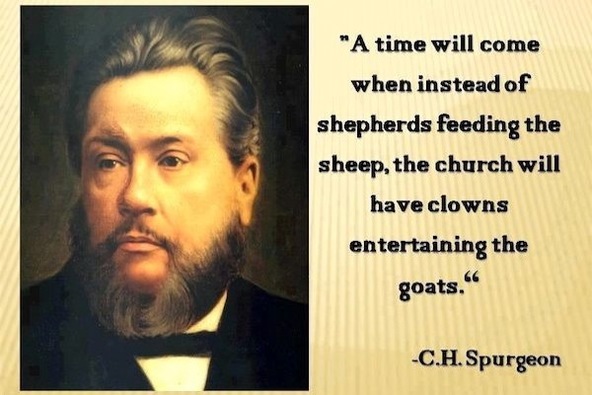 ﻿Wikipedia information on Charles Haddon Spurgeon.﻿
CLICK FOR  /  WIKIPEDIA INFORMATION ON "CHARLES HADDON SPURGEON"
From the King James Holy Bible, 2 Timothy 4:3 & 4
3 For the time will come when they will not endure sound doctrine; but after their own lusts shall they heap to themselves teachers, having itching ears;
4 And they shall turn away their ears from the truth, and shall be turned unto fables.
Works For Salvation Preachers Do Not Save!
​The con of the 'Works For Salvation Preachers' do not save people from Hell, but are good at taking your money, time, effort, and leading people away from the simple Salvation of The Gospel of Christ!
A GOOD BIBLE STUDY CHURCH

These 'con-men & women' are 'taking people's money'- like candy from a 'baby'! 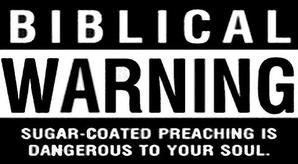 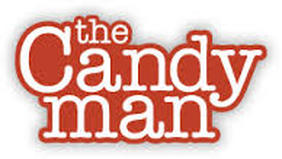 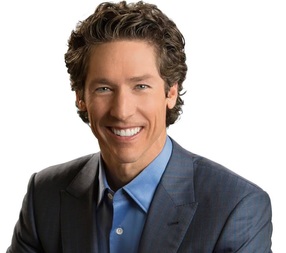 (2 Minutes, 30 Seconds)
"Joel Osteen approves of homosexuality when the Bible teaches differently!"
​​From (GeorgeBonez) of YouTube, Published on October 3, 2013​
Most Churches today are afraid to state the truth.  They say things like, "God made Adam and Eve, & not Adam and Steve."  No, that is not what God said !  Read on...

what god says about homosexuality!
and not what candyman preachers say about it!

All souls are precious to God.  Christ died for me, as well as for all sinners.  I have no ill will toward homosexualls or lesbians.  It is my sincere hope and prayer that they and all would turn from sin and seek salvation and God!  I have friends that are homosexualls and lesbians!  But still...  I pray they will leave sin... 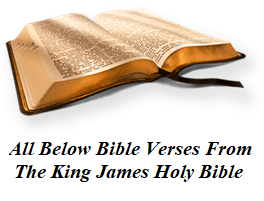 The Genesis Chapter 19 story (abbreviated here).
The two Angels came to Sodom in the evening, and Lot was sitting in the gate of Sodom.  When Lot saw them, he rose to meet them and bowed himself with his face to the earth and said, “My lords, please turn aside to your servant's house and spend the night and wash your feet.  Then you may rise up early and go on your way.”  They said, “No; we will spend the night in the town square.”  But he pressed them strongly; so they turned aside to him and entered his house.  And he made them a feast and baked unleavened bread, and they ate.  But before they lay down, the men of the city, the men of Sodom, both young and old, all the people to the last man, surrounded the house.  And they called to Lot, “Where are the men who came to you tonight? Bring them out to us, that we may know them.”  (Long story short, the crowd tried to break in, so the Angels blinded them, and of course, the Angels destroyed the city after Lot and family got out.)
Leviticus 18:22
22 You shall not lie with a male as with a woman; it is an abomination.
Leviticus 20:13
13 If a man also lie with mankind, as he lieth with a woman, both of them have committed an abomination: they shall surely be put to death; their blood shall be upon them.
Deuteronomy 23:17
17 There shall be no whore of the daughters of Israel, nor a sodomite of the sons of Israel.
1 Kings 14:24
24 And there were also sodomites in the land: and they did according to all the abominations of the nations which the LORD cast out before the children of Israel.
1 Kings 15:12
12 And he took away the sodomites out of the land, and removed all the idols that his fathers had made.
1 Kings 22:46
46 And the remnant of the sodomites, which remained in the days of his father Asa, he took out of the land.
2 Kings 23:7
7 And he brake down the houses of the sodomites, that were by the house of the LORD, where the women wove hangings for the grove.
Mark 10:6-9
6 But from the beginning of the creation God made them male and female.
7 For this cause shall a man leave his father and mother, and cleave to his wife;
8 And they twain shall be one flesh: so then they are no more twain, but one flesh.
9 What therefore God hath joined together, let not man put asunder.
Luke 17:26-30
26 And as it was in the days of Noe, so shall it be also in the days of the Son of man.
27 They did eat, they drank, they married wives, they were given in marriage, until the day that Noe entered into the ark, and the flood came, and destroyed them all.
28 Likewise also as it was in the days of Lot; they did eat, they drank, they bought, they sold, they planted, they builded;
29 But the same day that Lot went out of Sodom it rained fire and brimstone from heaven, and destroyed them all.
30 Even thus shall it be in the day when the Son of man is revealed.
Romans 1:24-28
24 Wherefore God also gave them up to uncleanness through the lusts of their own hearts, to dishonour their own bodies between themselves:
25 Who changed the truth of God into a lie, and worshipped and served the creature more than the Creator, who is blessed for ever. Amen.
26 For this cause God gave them up unto vile affections: for even their women did change the natural use into that which is against nature:
27 And likewise also the men, leaving the natural use of the woman, burned in their lust one toward another; men with men working that which is unseemly, and receiving in themselves that recompence of their error which was meet.
28 And even as they did not like to retain God in their knowledge, God gave them over to a reprobate mind, to do those things which are not convenient;
Romans 1:32
32 Who knowing the judgment of God, that they which commit such things are worthy of death, not only do the same, but have pleasure in them that do them.
1 Corinthians 6:9 & 10
9 Know ye not that the unrighteous shall not inherit the kingdom of God? Be not deceived: neither fornicators, nor idolaters, nor adulterers, nor effeminate, nor abusers of themselves with mankind,
10 Nor thieves, nor covetous, nor drunkards, nor revilers, nor extortioners, shall inherit the kingdom of God.
1 Corinthians 7:2
2 Nevertheless, to avoid fornication, let every man have his own wife, and let every woman have her own husband.
Ephesians 4:18 & 19
18 Having the understanding darkened, being alienated from the life of God through the ignorance that is in them, because of the blindness of their heart:
19 Who being past feeling have given themselves over unto lasciviousness, to work all uncleanness with greediness.
1 Timothy 1:9 & 10
9 Knowing this, that the law is not made for a righteous man, but for the lawless and disobedient, for the ungodly and for sinners, for unholy and profane, for murderers of fathers and murderers of mothers, for manslayers,
10 For whoremongers, for them that defile themselves with mankind, for menstealers, for liars, for perjured persons, and if there be any other thing that is contrary to sound doctrine;﻿
2 Timothy 3:1-5
1 THIS know also, that in the last days periloustimes shall come.
2 For men shall be lovers of their own selves, covetous, boasters, proud, blasphemers, disobedient to parents, unthankful, unholy,
3 Without natural affection, trucebreakers, false accusers, incontinent, fierce, despisers of those that are good,
4 Traitors, heady, highminded, lovers of pleasures more than lovers of God;
5 Having a form of godliness, but denying the power thereof: from such turn away.
Jude 1:7
7 Even as Sodom and Gomorrha, and the cities about them in like manner, giving themselves over to fornication, and going after strange flesh, are set forth for an example, suffering the vengeance of eternal fire.﻿

"I WILL COVER ONE MORE SUBJECT TO DRIVE HOME MY POINT!" 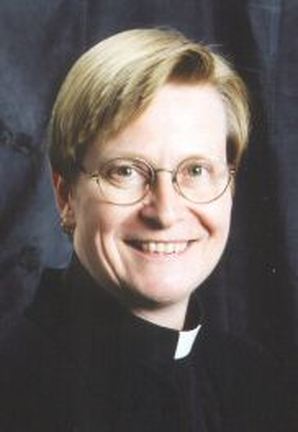 What does God Say About female pastors?

1 Corinthians 11:3
3 But I would have you know, that the head of every man is Christ; and the head of the woman is the man; and the head of Christ is God.
1 Corinthians 14:34 & 35
34 Let your women keep silence in the churches: for it is not permitted unto them to speak; but they are commanded to be under obedience, as also saith the law.
35 And if they will learn any thing, let them ask their husbands at home: for it is a shame for women to speak in the church.
Ephesians 5:22-24
22 Wives, submit yourselves unto your own husbands, as unto the Lord.
23 For the husband is the head of the wife, even as Christ is the head of the church: and he is the saviour of the body.
24 Therefore as the church is subject unto Christ, so let the wives be to their own husbands in every thing.
1 Timothy 2:11-14
11 Let the woman learn in silence with all subjection.
12 But I suffer not a woman to teach, nor to usurp authority over the man, but to be in silence.
13 For Adam was first formed, then Eve.
14 And Adam was not deceived, but the woman being deceived was in the transgression.
"CANDY PREACHING!"
(4 Minutes, 35 Seconds)
"Victoria Osteen says: "When you worship God, we're not doing it for God, we're doing it for our self!"
From (Christian News) of YouTube, Published on March 24, 2016
Romans 8:1
1 There is therefore now no condemnation to them which are in Christ Jesus, who walk not after the flesh, but after the Spirit.
Romans 8:4
4 That the righteousness of the law might be fulfilled in us, who walk not after the flesh, but after the Spirit.
Romans 8:8
8 So then they that are in the flesh cannot please God.
Galatians 1:10
10 For do I now persuade men, or God? or do I seek to please men? for if I yet pleased men, I should not be the servant of Christ.
Hebrews 11:6
6 But without faith it is impossible to please him: for he that cometh to God must believe that he is, and that he is a rewarder of them that diligently seek him.
Sadly, in the below video, this has come true!
Paul Harvey, "If I Were the Devil," speech in 1965!
(3 Minutes, 16 Seconds)
"If I Were the Devil - Paul Harvey (Good Audio)!"
​​From (dlrose10) of YouTube, Published on January 11, 2014
"REMEMBER!"
2 Timothy 4:3 & 4
3 For the time will come when they will not endure sound doctrine; but after their own lusts shall they heap to themselves teachers, having itching ears;
4 And they shall turn away their ears from the truth, and shall be turned unto fables.
READ YOUR KING JAMES HOLY BIBLE!
DO NOT PUT ALL YOUR FAITH IN A PASTOR! 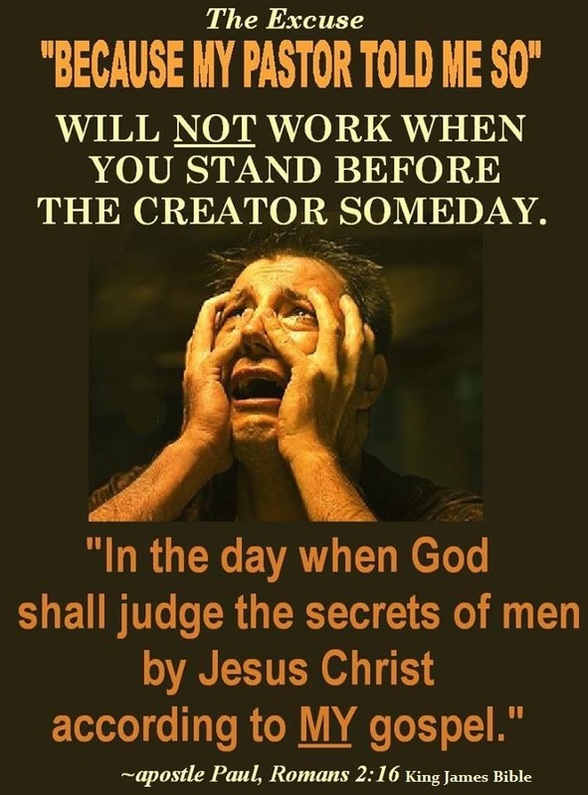 ARE YOU GOING TO BURN IN HELL BECAUSE YOUR PASTOR LIED TO YOU?
Romans 2:16
16 In the day when God shall judge the secrets of men by Jesus Christ according to my gospel.

who are you going to believe,
The wisdom men, or the wisdom of God?
"The Holy King James Bible is "ALL AUTHORITY!" 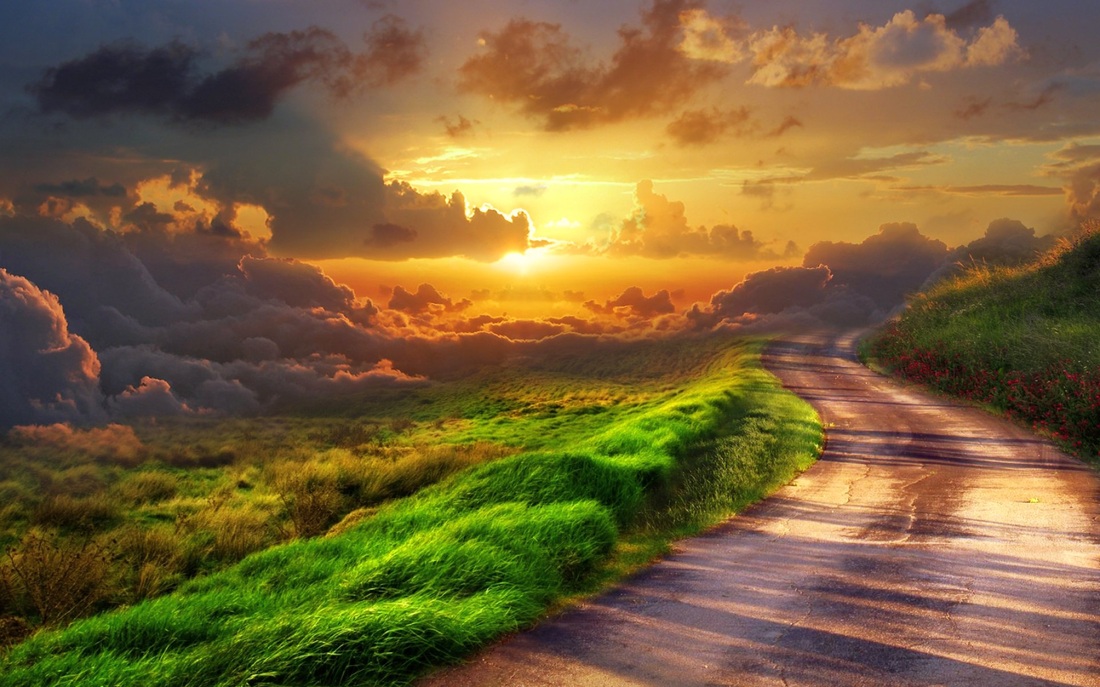 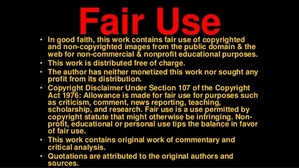